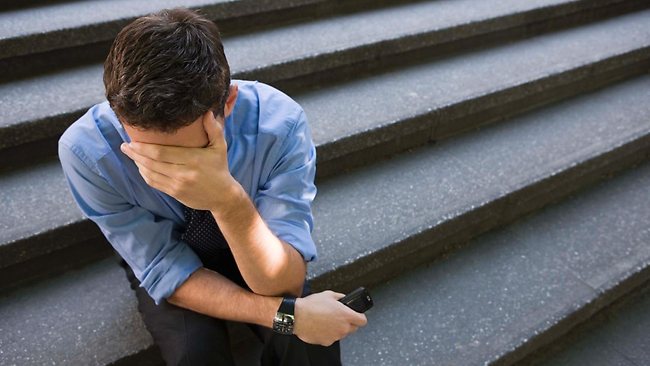 Two recent decisions by catalog and online retailer Lands’ End have resulted in boycotts from customers with differing philosophies. In a recent catalog, the brand featured an interview with women’s rights activist Gloria Steinem, part of its Legends Series. Customers were also offered an opportunity to support the ERA Coalition’s Fund for Women’s Equality with the purchase of products with the ERA logo.

@LandsEnd featured radical #feminist and #proabortion icon Gloria Steinem in the catalog. No more uniforms from there for us!

The company received negative feedback from some of its more conservative customers, including parochial school uniform buyers opposed to Ms. Steinem’s history as a pro-choice supporter (though the interview and the fund do not reference abortion). Lands’ End removed the products and article from its website and posted this apology for the interview on social media:

“We understand that some of our customers were offended by the inclusion of an interview in a recent catalog with Gloria Steinem on her quest for women’s equality. We thought it was a good idea and we heard from our customers that, for different reasons, it wasn’t. For that, we sincerely apologize. Our goal was to feature individuals with different interests and backgrounds that have made a difference for our new Legends Series, not to take any political or religious stance.”

However, the apology has resulted in a wider backlash from other customers who appreciated Ms. Steinem’s inclusion and the brand’s apparent support of women. The company and its customer service on social media is taking a drubbing in news articles and Twitter, and its Facebook posts featuring spring fashions have been dominated by comments protesting the apology and removal of the interview and at this writing, users arguing with one another apparently unmoderated over one of the most divisive ideological issues in America.

Deeply disappointed in @LandsEnd for taking down their interview with Gloria Steinem. Thought your brand had integrity.

@LandsEnd Shame on you for dropping your support for Gloria Steinem. Equal rights was divisive, eh? You buckled under – and lost me forever.

So…where’s the lesson for other brands? Here are some things you should consider:

1. Research is key. If you’re planning to feature/support/sponsor something to which some customers (or activist groups of any kind) may take issue, know that going in. Lands’ End probably didn’t expect that supporting the ERA in 2016 would lead to any controversy, but they seem to have been blindsided by both sets of customer reactions. They may not have anticipated the initial blowback, but their apology only brought a new set of protests. Starbucks probably didn’t think that plain red holiday cups would offend some customers, but it happened. They didn’t apologize to anyone and let their fans react instead. Most rejected the idea that the cups were part of any sort of “War on Christmas,” and the company benefited from the viral discussion on social media.

2. Acknowledge feedback. Notice I didn’t say “apologize.” Apologies are sometimes necessary, but not in all cases. Let’s edit the language Lands’ End used to address its customers, and remove the “we heard that the interview wasn’t a good idea and we apologize” parts:

“We understand that some of our customers were offended by the inclusion of an interview in a recent catalog with Gloria Steinem on her quest for women’s equality. Our goal was to feature individuals with different interests and backgrounds that have made a difference for our new Legends Series, not to take any political or religious stance.”

That is an acknowledgement, but it is not an apology.  It explains where the brand is coming from. That response would have possibly received a lukewarm reception from those who objected to the interview in the catalog, but praise from those who agree with Lands’ End’s decision to feature Ms. Steinem. (Oh, and be aware that private replies or emails sent from your PR or social customer service team to users who object to your campaign will be publicly posted on social media anyway. Go public.)

After all, if you have made a stand as a brand and you believe that it’s the right thing to do, you should.

3. Stand by your principles. When you throw your support behind a social issue as a brand like women’s equality, you should be ready to stick with it. Apologies, unless a campaign or ad is patently offensive to all, can make a brand look wishy-washy and offend the rest of your customers. Nike recently dropped boxer Manny Pacquiao as a brand ambassador after he made derogatory remarks about same-sex couples; keeping him would have done damage to their image. This is a very different scenario and no one objected to the brand’s decision to drop its association with a famous person here, but can you imagine Nike apologizing afterward for supporting equality? Or Cheerios apologizing for including a multiracial family in a television commercial?

When you launch the campaign, brief your social media and customer service teams ahead of time and have responses and personnel ready to respond. As noted, you can diplomatically acknowledge detractors without saying you’re sorry you’ve offended them for pulling a campaign, unless it is patently offensive in the eyes of most.

4. Know your customers. If you do plan a campaign that could receive some negative feedback, weigh what the objections might be, decide if it’s worth it to you as a brand to face backlash at all. Would the majority of people who buy from you approve of your stance, and how important is that? Does the campaign support your business objectives? Consumers have said that they value companies involved in “doing good,” but if you’re not willing to put your brand out there and deal with controversy, choose a non-controversial cause; there are many that would appreciate corporate backing. Most consumers would wholeheartedly agree that cancer and Alzheimer’s disease are bad, so there’s always medical research. Eddie Bauer asks customers if they’d like to donate to a tree-planting initiative; its on-brand for a company that sells hiking clothes and gear, and hey, nobody protests Johnny Appleseed.