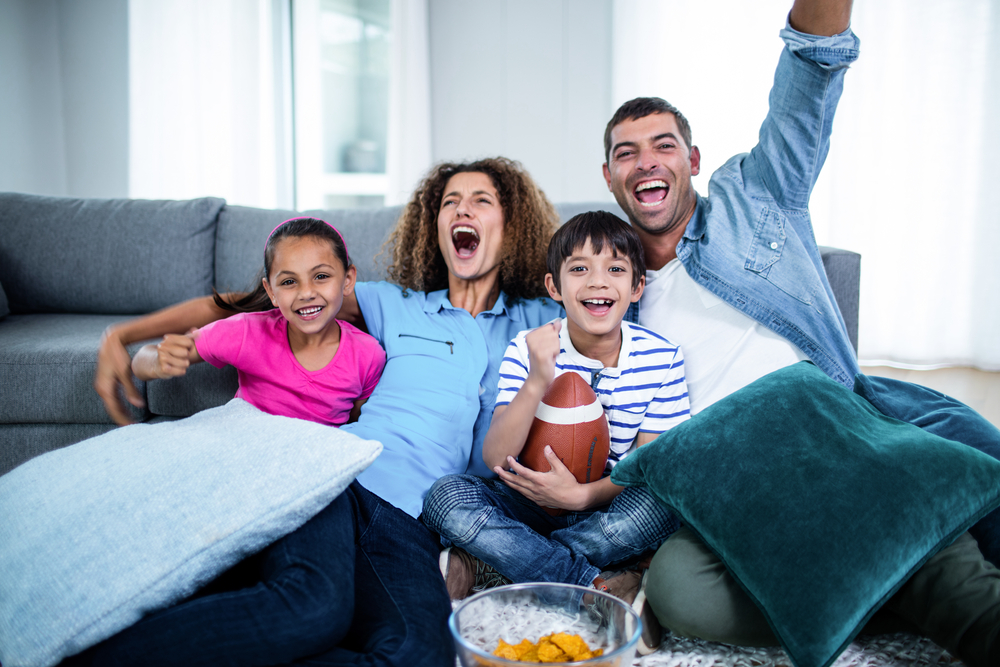 Millions of dollars are spent on Super Bowl ads every year, but a big question always remains – was that money well spent? Fortunately, we can turn to social media channels to get instant feedback from consumers to determine winners and losers. There were 150 million Instagram interactions and 240 million Facebook interactions – 40 million more than last year’s game – about the Super Bowl during the actual game.
Here’s a look at some of this year’s commercials and the reactions they received in social media.
Best Social Tie-Ins

Airbnb has faced criticism in social media over the last year for some of their users rejecting customers based on race or ethnicity, and they took the issue head on with a heart-warming ad promoting inclusivity and diversity. The majority of commenters on social were impressed and thought that Airbnb was simply reaffirming its commitment to fairness – they liked the ad and its message.
Tide did stellar work integrating Terry Bradshaw’s shirt stain into its ad, and got #BradshawStain to trend on Twitter. The team helming Tide’s Twitter added nice social elements too, and even recruited astronaut Buzz Aldrin to chime in with a sponsored tweet.

Audi’s ad promoting women and girls went over very well with viewers. The auto brand did see some criticism on social networks for a perceived lack of gender diversity on their executive board, however.
Some users talked about boycotting Budweiser for their pro-immigration ad. Whether this ad was successful or not depends on whether you’re in the “all publicity is good publicity” camp. This was the most talked-about Super Bowl ad, and #boycottbudwiser was trending on Twitter on Monday, albeit with a misspelling of the brand’s name. The spot was meant to promote the concept of achieving the American Dream against the odds, the brand says. You can read more about the advertisement here.

The Hyundai ad aired at the very end of the game brought American troops stationed in Poland (were most aware that there are thousands of US troops in Poland right now?) together with their families at home to watch the game thanks to technology with a live link-up inside huge television booths. Viewers found it heartwarming, and it was a fitting cap to a game that featured Pats fans waving flags from the stands.
Coke reused its America The Beautiful ad from last year. Like the Airbnb spot, its message was one of inclusion and diversity, and was read as such by viewers, though it spurred less conversation on social because of its familiarity.

GoDaddy focused on Internet meme culture with a fun spot that didn’t go as edgy as usual. Some users on social noted the absence of scantily clad women. This could be a case study on how gaining attention is a two-edged sword. GoDaddy certainly gained a lot of brand recognition from its previous ads and now seems to be disappointing by going more conservative. Blah may be safer, but might not be better if you want attention.
Mr Clean had one of the most talked-about ads with its “men who clean are incredibly sexy” message, but some viewers found it to be a bit gender-essentialist, and in some cases, “creepy.”
84Lumber doubled its small following on Twitter, about 8k people to start to over 16k on Monday morning, after its moving pro-immigration ad. However, it also received some negative feedback from viewers who interpreted the spot’s message as being in favor of illegal immigration.

Dear @84LumberNews:
Thank you for sharing your views supporting illegal immigration and letting patriots know to stay away from your stores!

They also made a typical rookie mistake – if you’re going to have a teaser that drives traffic to your website, make sure your servers can handle the load. 84Lumber had more than 300,000 hits to their website immediately after the ad aired, which crashed their servers, forcing them to apologize on Twitter and redirect people to YouTube in order to see the rest of the ad. As a conversion piece, they left a lot of money on the table.
Also in the ‘room for improvement’ category, Bai’s Justin Timberlake and Christopher Walken ad was a favorite and feedback was very positive, but the brand failed to add a “.” to its @ replies so isn’t capitalizing on the conversation as much as they could. Take a look here.
Is a Social Media Battle Good for Your Brand?
Another interesting interaction on social due to some advertising is the resulting Sprint, Verizon, and T-Mobile social media battle that ensued.
T-Mobile — Justin Bieber was set to RT the best #UnlimitedMoves video with UGC dance videos. As of the morning after the Super Bowl Mr. Bieber still hadn’t retweeted any of the entries.

Sprint – Sprint presented the “Daddy died” car pushed off of a cliff in its Super Bowl ad, faking his death to get out of his mobile phone contract. That seemed to go over mostly like a…car pushed off a cliff with viewers on social, “Well, that’s dark.” That ad itself didn’t seem to match the country’s mood, which was, “I want to have fun for a couple of hours.”
Verizon and Sprint had a back-and-forth twitter battle going on that didn’t get much traction for either of the two brands. Here at LiveWorld we’re not sure what either brand was thinking. Did they have a goal in mind with the snark they directed at one another? Unfortunately for both brands, the battle eventually devolved into a random non-sequitur slide into references to BDSM.
Be entertaining and keep it focused on your brand
Advertising during the Super Bowl is a great way to get your brand noticed and talked about around the Monday morning water cooler. Of course, now the water cooler is social media and the second screen audience is reacting in real time. As a result, even though it might be attention-getting to go political or purpose-driven, brands should remember that generally, consumers are watching an event like the big game to be entertained, above all.
Some of the other ads that did well on the night, like the Kia ad featuring Melissa McCarthy, (which was also the SB winner according to USA Today’s Ad Meter) found a way to add some message lightly with a lot of entertainment.
Who do you think won the Super Bowl ad competition?